My name is Anita Ayanda Masinga
I am writing to you guys with regards to my father that I have never met before. I was told he passed away when in 1996 when I was only four years old. Apparently he went by the name Themba Raymond Masinga but they used to call him “Ray” in short. He originated from Swaziland in a township called Kwelamahasha.They met each other at Ngwelezane in empangeni township called Mshaye Azafe and also in Kwa B location . My mum told me that my father had other children as well but she only remembers my elder sister my father use to talk about to her, by the name of Luwiza. And there was another place called Mcekane in Mpangeni my father use to visit one of his relative there his name was Glen Masinga he might also have information about my father .I now live in Tongaat and my mum is still living. I am in desperate search of my siblings and would appreciate all the assistance I can get. 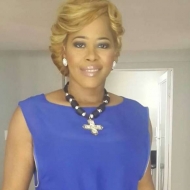